With Liberty and Justice For All 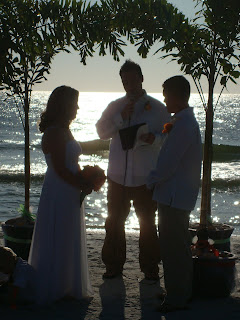 "I pledge allegiance to the flag of the United States of America, and to the Republic for which it stands: one Nation under God, indivisible, With Liberty and Justice for all."

I've always considered myself patriotic. I was never directly involved in politics because I feel my approach to change is different - less activist and more catalytic, relationally. That, plus the divisiveness of politics - the constant collision of world paradigms always turned me off. And so I'd always tune out.

This year, though, I have never been as interested in politics as I am now. It has, in large part, to do with the inspirational presence of Barack Obama. I've never held a loyalty to a political party - but I do believe our country needs a leader who can cast vision for us, to not simply be a better world power (as the arrogant Americans we are sometimes accused of being around the world) but a call on each of us as world citizens to be better neighbors.

The upcoming election next week is relevant to me. I suppose that's why I'm so interested. The next president will shape the course of our country and we are in desperate need for a positive change. The morale of the country depends on it. But in addition to the presidency, California has the opportunity to demonstrate what it looks like to be better neighbors - to say NO to Proposition 8 and to affirm dignity and respect for all people equally . . . .

On May 15, 2008, the California Supreme Court ruled (effective a month later) that it is unconstitutional to have two "separate but equal" designations - "marriage" for straights and "domestic partnerships" for gays. The court said, "We therefore conclude that in view of the substance and significance of the fundamental constitutional right to form a family relationship, the California Constitution properly must be interpreted to guarantee this basic civil right to all Californians, whether gay or heterosexual, and to same-sex couples as well as to opposite-sex couples." (Click here for a copy of the ruling.)

Prop 8 would eliminate from me a basic fundamental constitutional right to marry the person I choose to share my life with - a right that I currently have, finally. How would a woman feel if next week her right to vote were rescinded? How would a black man feel if next week his right to marry a white woman were rescinded? How ridiculous and backwards would that be? We all deserve equal dignity and respect - the court says "separate but equal" is unconstitutional. Prop 8 disagrees and so is trying to change the constitution to justify and legalize discriminatory segregation.

Gosh, that's why this is so relevant to me. Because it's about my rights as a citizen. It's about our rights and the kind of society we want to live in. See, here's the thing . . . when I was in the closet, I felt like I wasn't worth being known. I thought that being gay was a terrible thing and that it was something to be ashamed of. The closet does terrible things to a person's self-image and self-esteem. So to be affirmed dignity and respect as a gay man repairs much of the harm and hurt caused by a society that has a history of discriminating against minorities for not "being" like everyone else.

While having lunch at Subway after church service, a man with his two teenage kids asked me to educate them about Prop 8. (I was wearing a button). So I pulled up a chair and we talked about the fact that all people, gay or straight, currently have the equal right to marry in California and that Prop 8 would eliminate that right for gays and lesbians. He was confused by the double negative phrasing surrounding it and so I explained to them that since Prop 8 would take away our rights, we should vote NO. It was cool to see that even his kids agreed without any prompting from their dad. It was good to see that this father was raising his family to respect all people equally.

I've been proud of my city when the Long Beach City Council unanimously voted on October 17, 2006 for a resolution in support of marriage equality and even further urged state and federal law makers to support marriage equality. (Click here for a copy of the resolution).

I've been proud of my family who have supported me in coming out. They also support and show love towards my niece who came out earlier this year. She even went to prom with her girlfriend! She rocks! One day she'll feel that she's ready to be married. It may even be with another girl. She currently has that right. Prop 8 would take that right away from her. Yes, this issue is personal for me. Mess with me, we'll talk about it. Mess with my niece and my family, oh heck no! The gloves come off!

I've been proud of my employer (for my day-job) for keeping a non-discrimination policy towards anyone including gays, lesbians, bisexuals and transgendered individuals. In fact, we are a local association of the broader California Teachers Association (with over 350,000 member teachers statewide) that has historically taken a stance for human rights and equality. The CTA has officially taken a NO position on Prop 8. (Read about it here). I'm also proud of them for backing it up with action by supporting the No on 8 campaign. I know they are getting a lot of flack for their financial support (even by other teachers), but I'm proud of them for not backing down for what's right.

I've been proud of my friends John & Russ and Susan & Jen who each affirmed their love and commitment for each other by getting married, legally.

I've been proud of my good friend Becky who just married a good guy named Bret (pictured above). Becky is a strong "ally" of ours ("friend of the Family") and has ALWAYS had a heart for the GLBT community. She lives this passion out in her personal advocacy, her fundraising for triathlons (she competed at the Gay Games in Chicago for team HRC), and she even has a rainbow fish (gay christian) sticker on her car which she has even had slurs and discriminatory comments from people thinking she's gay. Man, i'm so proud of Becky! Plus, I even had the honor of being a groomsman in her wedding last weekend in Florida. Soooo much fun, by the way!

I've been proud of my friend "Angel", a blogger mom friend who I connected with two years ago. She and her family live in Florida and I got to reconnect with her and her husband over lunch while I was there for Becky's wedding. Angel is another ally and friend of the Family. I was super excited to hear about her daughter who is totally advocating for GLBT folks to her classmates. She rocks! I'm proud to know Angel and her husband as a couple raising their kids to love people with dignity and respect.

I've been proud of Barack Obama and Joe Biden who despite their position against gay marriage (you know, politics), they are still very much in favor of civil rights for the GLBT community. Joe Biden was on the Ellen show and stated that he and Barack OPPOSE Prop 8 and other similar national attempts to limit marriage and rights. (Watch the short video clip here).

I've also been proud of many of my friends who are getting involved in the process - anywhere from attending No on 8 events, to wearing buttons, to phone banking, to volunteering in various ways.

And at the same time, I've been highly disappointed in pastor Rick Warren from Saddleback Church who posted a video pretty much claiming that real Christians would support Prop 8 (and should vote Yes) arguing that (according to him) only 2% of the population is gay or lesbian. Perhaps in his small tight-fitting box (that barely even God can fit in) there are only 2% of the people in "his world" that are gay or lesbian but our nation is supposed to defend the rights of the minority, not take away rights because they are insignificant in numbers or because they have differing views. Everyone counts. Rick Warren may refuse to grant people like me dignity, but the Lord has already granted me dignity and the California Supreme Court has as well. In my opinion, what Rick Warren said was unChristian and unAmerican.

Let's keep moving forward by preserving our rights, not taking them away. After all, we all deserve to live "with liberty and justice for all."

I am just starting to catch up on my reading!!!

I hope you are well!