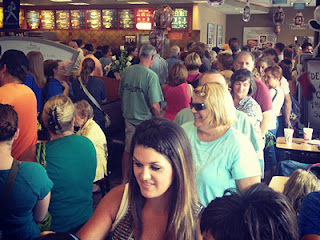 I came back to my 'ole blog because I started writing these things on Facebook but then it got to be so long it was ridiculous to make it a single post on FB. I didn't feel like it was a good medium for it. So anyway, here's what i wanted to say about recent tit-for-tats about Christians, gays, and chick-fil-A.

I know many people who have experienced gradual shifts regarding their perspective of gay people and the issue of civil rights and all that. I know many people have regret for having voted for Prop 8 or regret for neglecting to vote about it. It's a few years later and I pray that people would not make the same mistake by ignoring the debate-conversation-kerfunckle surrounding Chick-fil-A, but instead choose to engage it. It matters.

I read several blogs this morning that I wanted to share. Each say some very important thoughts that I share. Some have thoughts I don't completely agree with (but that's okay). But I'll add here some of my own thoughts: 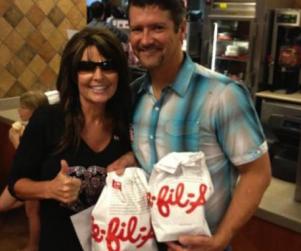 One of the things I liked about this one is that he makes the point about bullies. We talk so much about how bullying in schools is wrong, but when a kid stands up to a bully, he gets scolded for fighting. It's not about being neutral. Don't blame a kid for defending himself because he doesn't want to get his ass kicked (yet again). Get the bully to stop. Like seriously. Get the bully to stop. And don't buy it when you confront the bully and he starts crying and pointing fingers saying "He started it!" Here's the rest of his post:

This one is on 5 reasons why the Church failed yesterday. Chick-fil-A made tons of money yesterday. Lots of pictures and video were taken capturing the long lines of people proud about going out of their way to support their cause. But this subset of christians who participated in this "appreciation day" failed to acknowledge that they were inadvertently (and possibly unintentionally) going out of their way to contribute to the hurt of their neighbors. Believe me, I was extremely hurt to see a "friend of mine" advocating, supporting, encouraging, and participating in the Chick-fil-A Appreciation Day. Despite the smiles, love didn't happen yesterday. Here's more of Matthew Paul Turner's post: 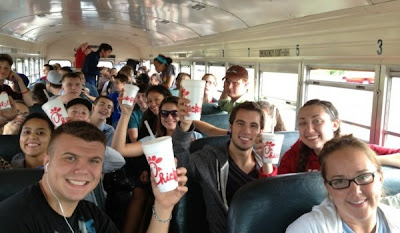 What I liked about Mike Patz's post (from a Christian's perspective) was his point that the problem isn't an unrepentant gay community but rather its an unrepentant Church: 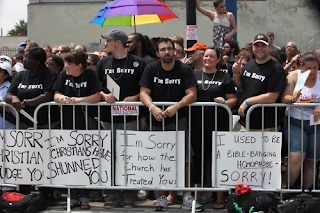 My friend Andrew Marin commented about the gay Kiss-in at chick-fil-A restaurants planned for today and how Christians should respond. I like that he says to go and bring them some McDonalds because they'll probably get hungry and won't be eating chicken sandwiches:

Lastly, I'll close with more of my own thoughts.

Yes, people have the right to think and say their opinion. Chick-fil-A can take a stand against marriage equality. LGBT advocates can encourage people not to support a business. I don't think it was a good idea for Christians to support a politician's call for Chick-fil-A Appreciation Day because it is not an effective way for the Church to communicate love to a community that already distrusts it. AND I definitely don't think a gay Kiss-In at the restaurants is an effective way to protest the issue. Sure I get the point they're trying to make. But think about it. We're talking about a SUBSET of Christians who think us gay folk are really kind of disgusting (be honest) and therefore we're going to do something to perpetuate their disgust of us? 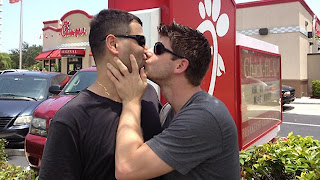 We need a different approach. The public protests may raise awareness but it isn't the most effective way to shift thinking. We need to build relationships with each other. We need to learn how to disagree with each other in a civil way -  in a way that doesn't forfeit friendships or familial ties.

A Line in the Sand

Wow, it's been almost two years since I've written a blog post here at Two World Collision. I started it in July 2005 and I wrote through 2009 and a bit of 2010 to chronicle my journey of reconciling my faith and my sexuality. Then I reconciled it and I moved on. I still had plenty to say but I found alternative outlets to process my thinking and to share my thoughts.

This year in particular has been crazy. A lot has happened. I may resume writing here again just because I've been feeling so many different things and I haven't used other outlets to fully express what was going on inside. I'll leave it at that for potentially future posts. I miss blogging.


So this post here stands as my official line in the sand between where I left off in 2010 and where I am now in 2012.