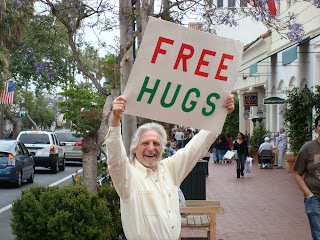 I spent the Memorial Day Weekend with some pals in Santa Barbara, CA and we saw a guy, Jerry Matteo, giving out free hugs as part of the Free Hugs Campaign. I gladly gave him a huge hug and thanked him for what he's doing.

Jerry is a hero!

I thought it was so cool to actually see someone doing it. I first heard about it and posted it in a previous post here.

I've since discovered Free Hugs all over the world: 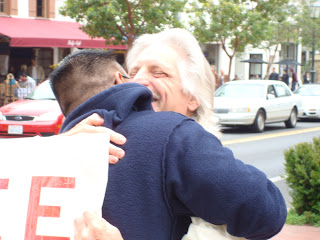 And also Free Hugs in Hollywood:

What a clever idea! Everybody needs a hug now and then in our busy lives. I imagine that this is one campagin our Lord would smile upon.